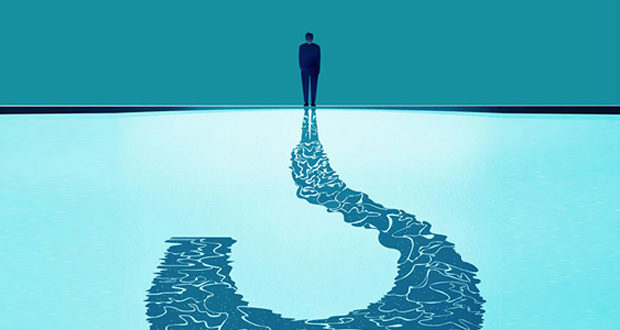 Looking at the news today can be an extremely difficult and heartbreaking process, especially as a Muslim and seeing the extreme horrors and tragedies that are befalling our brothers and sisters worldwide, while in general there is still an overall hatred and distrust of us and our deen.

The state of the Muslims in Xinjiang is, like many of the other similar scenes, a harsh reality that we may at times try to avoid to save ourselves from the pain and discomfort. We feel helpless and powerless and that there is nothing that we can do to change anything about it. The attitude that we can fall into is that we may hate it in our hearts but avoid reading articles or news about it and that since there is nothing we can do then we just leave it at that.

However as believers this is a very grave mistake and a trick of Shaytaan, one of the worst tricks and mental barriers that can be placed on us is to feel numb and disinterested in the world around us. As Muslims we must follow the hadith of the Prophet (ﷺ) when he tells us:

“You see the believers as regards their being merciful among themselves and showing love among themselves and being kind, resembling one body, so that, if any part of the body is not well then the whole body shares the sleeplessness (insomnia) and fever with it.” [Sahih Bukhari]

We must, if we care about our deen and our Ummah, do our utmost in whatever capacity we can, even if it is only making sincere dua’ to Allah (swt) because that in essence is our ‘litmus test’. If we were granted the authoritative or legislative power to make the changes we claim to desperately want, then how can we say with certainty that we would change anything if we can’t even bring ourselves to do the smallest, most impactful action by asking the Lord of the Worlds to help us. This is the true test of our faith and sincerity.

We have recently been having different discussions at our campus halaqah ‘Shades of Glory’ in Edmonton. We watched a documentary on the situation of the Muslims in Xinjiang, had different discussions and addressed the concerns, challenges and the responses that we should strive to uphold. That we need to ensure that we are informed of what is going on there, that we must hate it in our hearts, speak out against it, show support for those who challenge it, make sincere dua’ to Allah (swt) to change the situation and so on. At the end of the day doing these actions are for our own sake, for our own sincerity and in increasing in our faith.

This sincere care and concern for the Muslims is a trait of the believers and one of the ways into Jannah. It is an essential and integral part of our religion and something we need to make a constant effort towards in our community and among one another. At Camp Sunnah this is one of the great things that you see, when brothers and sisters go through the process of living the Sunnah and by the end of the journey have a sincere love and care for one another and a willingness to sacrifice for one another. Having this is what makes our Ummah strong and what allows us to attain success in this life and the hereafter.

The Prophet (ﷺ) said: “The people will soon summon one another to attack you as people when eating invite others to share their dish. Someone asked: Will that be because of our small numbers at that time? He replied: No, you will be numerous at that time: but you will be scum and rubbish like that carried down by a torrent, and Allah will take fear of you from the breasts of your enemy and last enervation into your hearts. Someone asked: What is wahn (enervation). Messenger of Allah (ﷺ): He replied: Love of the world and dislike of death.” [Sunan Abu Dawud]

One of the largest concerns that we may have for the Uighur Muslims is in regards to their faith, which is what is trying to be stripped of them, in going through their horrific tragedies. It is the most desired outcome from Shaytaan and the worst and most dire thing that they could lose. In regards to this we should remember the Sahaba (ra) and the things that they went through in the early days of Islam.

Those early Muslims who didn’t have much protection were tortured for their belief and the Quraysh did their utmost to make them relinquish their belief in Allah (swt). The family of Ammar ibn Yasir was among those that we tortured and harmed the most for their faith, to the extent that at one point Ammar ibn Yasir cursed the Prophet (ﷺ) and exclaimed disbelief. He went to the Prophet (ﷺ) in distress telling him about the situation, he (ﷺ) asked him about the state of his heart to which Ammar ibn Yasir replied as being full of Iman.

Allah (swt) revealed the following ayah in Surah An-Nahl about this,

With the exception of those who are forced to say they do not believe, although their hearts remain firm in faith, those who reject God after believing in Him and open their hearts to disbelief will have the wrath of God upon them and a grievous punishment awaiting them. (16:106)

In this story of our predecessors we can find parallels and gain strength and comfort in them, as well as in the words of Allah (swt). Unfortunately we do live in a world full of injustice, but as Muslims we strive to uphold justice for all of humanity. We know that Allah (swt) will always help those who are just, even if they are not Muslims. At the end of the day the only One who can change our state and the situation is Allah (swt) and that the hardships that we go through as Muslims is meant to bring us closer to Him and elevate our rank in Jannah. 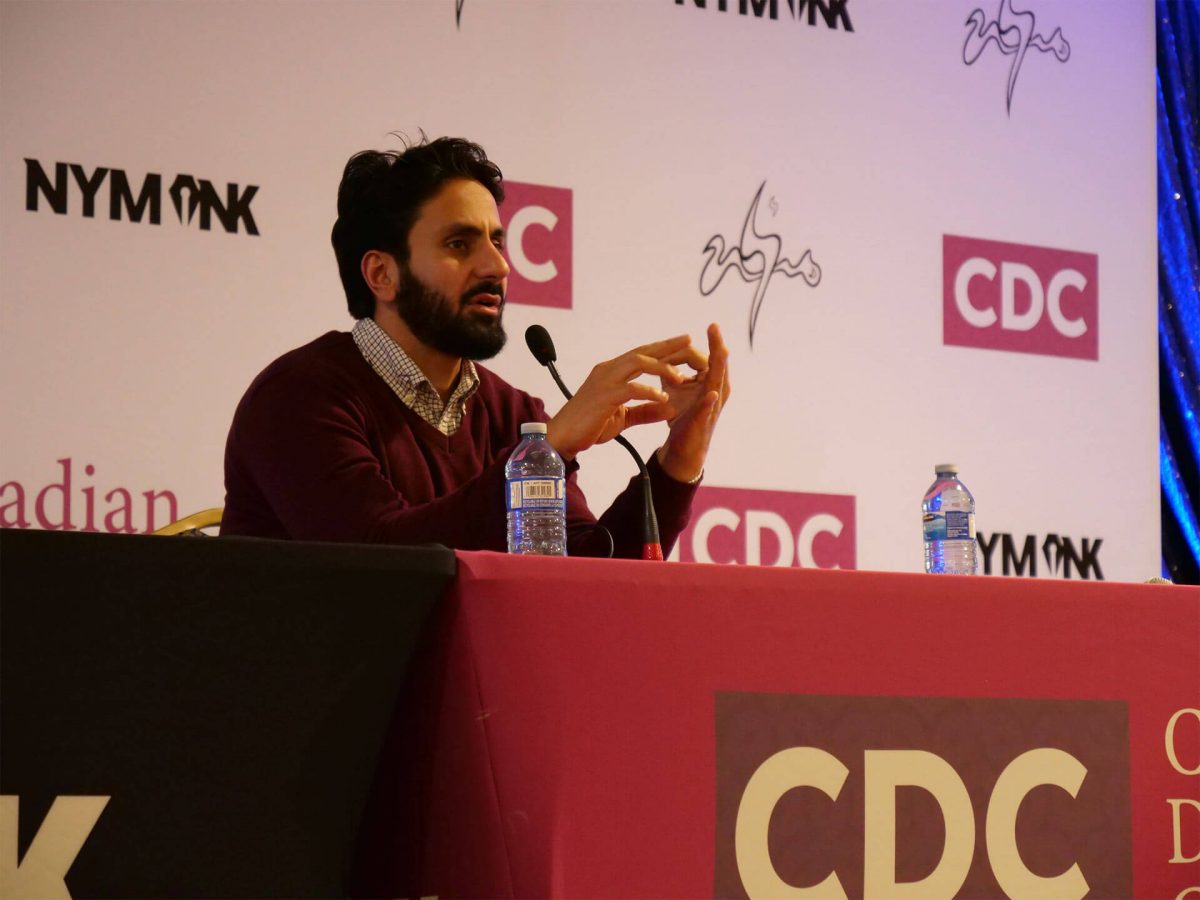 Camp Sunnah is the greatest week-long experience I have ever had the opportunity to be a part of. I have never been for Hajj or Umrah and Insha’Allah I will get the chance to someday, but I expect to experience something similar to what I went through at CS. In terms of what you are a part of and what you go through physically, mentally and spiritually it is comparable to the best month of the year, Ramadan. Now you may wonder why does a camp get such high praise and how could you ever equate it to the most sacred journeys in Islam. The answer is very simple and it is part of the name too, “Sunnah”. That in essence is what we tap into and what we experience in this special journey.

Now if anyone knows an NYM member or has attended any of our events, you’ve probably heard the name before at least, if not been given an in-depth discussion or told numerous stories about it. Camp Sunnah in its simplest and maybe most described words is a week long leadership retreat, however that description is gross underestimate and is unable to capture what goes on there. It is a journey of understanding, growth, faith with difficulty, gratitude, enlightenment and so much more.

In the prophetic tradition we retreat into the mountains, to reflect, ponder and increase in our faith. We take ourselves away from the chaotic and messy environment that we live in everyday and join a group of individuals all seeking the same thing. To live for a brief moment in time as the Sahaba (ra) did, to be surrounded by goodness, Iman and a community who will support you to succeed. It’s truly amazing because throughout that week you uncover your capabilities and unlock your potential, it allows you to see what you can accomplish in a short period of time with a community upon the Haq and by being in service to the Creator.

There is something we commonly call ‘the detox period’ when attendees first arrive at Camp Sunnah. At the start you see individuals who are reliant on their phones, or on their access to media or that have a certain attitude and behaviour, who always take a little time (can be a day or two) to settle in. We get so caught up and used to living in an imperfect society that allows our nafs to dictate our actions and behaviour that being in an Islamic environment with a certain level of discipline and patience is a big adjustment.

The most apparent change is during meal times, at the start the attendees always rush to grab a bunch of food, sit down and begin eating, however as a CS rule we never eat until everyone has their meal and is ready to start. Following this can be challenging at first, especially with the amount of energy that we expend throughout the day. But you see a truly incredible transformation mid-way and especially at the end of the week. Brothers will refuse to even take food until others have first, they will compete with each other to serve the food or the drinks, they spend the time waiting by reading Qur’an, reflecting or making dua.

The amount of adab, respect and concern they have for one another reaches a whole new level. Over a very short period of time you see these individuals, many of whom are strangers with each other, grow to become brothers and sisters in Islam. They have a sincere level of care and want the best for one another, they are accepting of each other’s flaws, appreciative of their strengths and they forgive and support one another. The atmosphere and environment that is built around these people makes it easy to do good deeds and more difficult to follow your nafs. It becomes a vision of what an Ummah united upon the truth and working together for the sake of Allah (swt) would look like.

Being in those surroundings is a catalyst for transformation and growth, you remember what you have been doing for so long, and you see what you are capable of and the two start to look so different. It becomes a source of inspiration and enlightenment, you seek to become closer to this better version of yourself and crave to continue that improvement. It helps you to break down the barriers around you heart, that you put up to your deen and to your community. It becomes a way to take steps forward in your life, becomes a source of practical and implementable knowledge. It gives you Yaqeen and Taqwa and helps you to realize how strong we can be as Muslims and how we were able to accomplish so much throughout history.