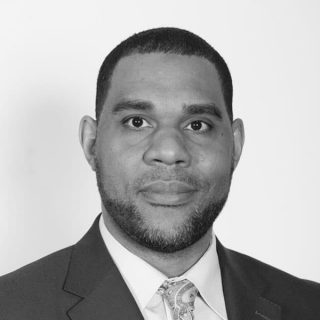 Dawud Walid is currently the Executive Director of the Michigan chapter of the Council on American-Islamic Relations (CAIR-MI), which is a chapter of America’s largest advocacy and civil liberties organization for American Muslims and is a member of the Michigan Muslim Community Council (MMCC) Imams Committee.

Walid has been interviewed and quoted in approximately 150 media outlets ranging from the New York Times, Wall St Journal, National Public Radio, CNN, BBC, FOX News and Al-Jazeera. Furthermore, Walid was a political blogger for the Detroit News from January 2014 to January 2016, has had essays published in the 2012 book All-American: 45 American Men on Being Muslim, the 2014 book Qur’an in Conversation and was quoted as an expert in 13 additional books and academic dissertations.  He was also a featured character in the 2013 HBO documentary “The Education of Mohammad Hussein.”