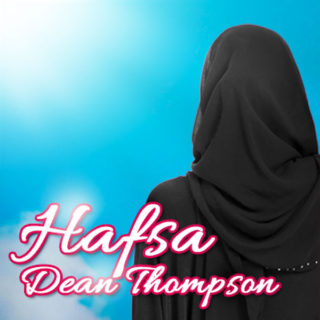 Hafsa Dean Thompson was raised as a protestant and became a born-again Christian when she was twelve, which caused her to venture out of her family’s scope of religious understanding. “I always thought of myself as a spiritual individual and I love religion and I love studying religion. I started studying quite young. At the age of twelve, I would go to seminars with people in their late teens and early twenties. At the age of 17, is when I decided to convert to Islam, I started to study Islam. I formally took up studying for a Bachelor’s Degree in Islamic Sharia with the American Open University in 1999. I’m doing my Masters’ Degree with them now.”

She started leading halaqas and study circles at the age of 25. There are many mashaikh (Islamic scholars) in British Columbia and Alberta who she has also studied under, going to their lessons and getting ijazahs with them to teach. These shaikhs were the ones who encouraged her to start women’s circles. She has been invited by various British Columbia Universities to speak during their Islam Awareness Weeks to teach about Women, Islam, and Empowerment. She is a certified counsellor who volunteers with the 315 NISA Muslim Women’s Helpline, she also started a prison initiative in BC wherein she brings Islam to both Muslim and non-Muslim women in prison who may be too shy to speak with the predominantly male chaplains that are available.