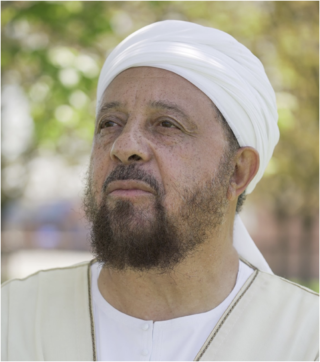 He was born in the United States of America. He is of African American, Caribbean and Mohawk (Native American) descent. He was born in Cambridge, Massachusetts and grew up in Boston. He converted to Islam in Canada in 1970.

He received a Bachelor’s Degree from the Islamic University of Madinah in 1979. He was one of the first two students from the west and the first American to have done so and receive an Ijazah.

He received a Master’s Degree and PhD from the University of Toronto. His thesis was an analysis of the life and writings of Sheikh ‘Uthman Dan Fodio, a great West African Scholar, warrior, and social activist Over the past four decades Quick has travelled to 61 countries where he lectured at universities, mosques and at public events.

He has also served as an imam, teacher, counsellor and media consultant in the USA, Canada, South Africa and the West Indies. He is currently senior lecturer with the Islamic Institute of Toronto (I.I.T.) and the outreach coordinator with the Canadian Council of Imams. He is also the history department head and a lecturer at AlMaghrib Institute and advisory committee member at Islamic Online University.