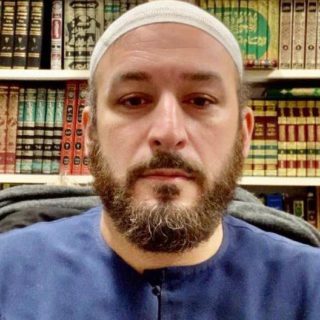 Born in Western Canada and raised mostly in Vancouver, BC, Sh. Abdurrahmann has been actively involved in outreach activities (for non-Muslims and Muslims) in the local community and abroad. He continues to be actively involved in youth programs, counselling, interfaith activities and public speaking. He also counsels new Muslims and has developed programs for understanding Islam. He graduated with Honors Bachelor of Arts in Shariah (Islamic Law) from Imam Muhammad University in Riyadh, Saudi Arabia, and a Master of Arts in Halal Industry Management from IIUM (International Islamic University of Malaysia). He has been involved in a number of different areas of Islamic education and has delivered presentations on the Quran, Islamic Jurisprudence & Creed and Islamic History in Saudi Arabia, Canada and in other countries. Shaykh Abdurrahmann has also worked in outreach offices in Saudi Arabia with Islamic websites, and with Jumuah magazine as a translator and editor.

Shaykh Abdurrahmann has translated and published many books which have been internationally distributed. Among them is “The Key to Understanding Islam” and “Muhammad the Messenger of Allah”. He was the Imam of Masjid Omar al-Farooq in Vancouver, Canada and is currently the Imam of MarkazulIslam in Ft. McMurray, Alberta.