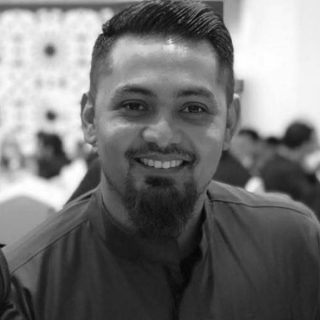 Dilly Hussain is a journalist, university lecturer and podcaster. He graduated with a BA Honours in Politics from the University of East Anglia in 2009. Dilly completed his NCTJ Certificate in Print Journalism from the London School of Journalism in 2010 while working as a reporter for the Bedfordshire on Sunday. He is currently the deputy editor of 5Pillars, the only independently regulated Muslim news site in Europe, Australia and the Americas.

Dilly has written for numerous mainstream publications like the Guardian, the Independent, the Huffington Post and the Foreign Policy Journal. He regularly appears on domestic and international news stations like the BBC, Sky News, CNN, France 24 and Russia Today to discuss Muslim current affairs.